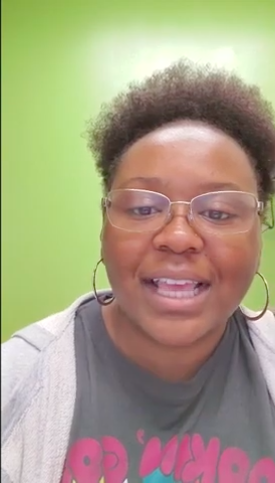 Since I started here, so since the beginning of the year, so he, I'm pretty used to my system of goal tracking. My student we've been doing the self-monitoring for his on-task behavior. So we've been doing that for a while now. And so he's gotten pretty used to it when we started doing it. He would do like every time we would do like every time. So every time he got, he was on task, he would get something. Or at the end of the session, we would go back to my room and I would let him grab a piece of candy or something.

That's how it started out. And then gradually we sort of, um, moved away from that. So it went from every day for like the first couple of weeks, and then it went to well, if you gimme two stickers, if you get two days of on-task behavior, or if you get three days, and then I kind of just ended up spreading it out.

Like I would just be like, I forgot. I forgot to bring you candy today. Or I forgot we gotta get candy today. We'll get it tomorrow. And that's how we get him to that's another way I kind of spread out the on-task behavior, self-monitoring, like the rewards for it, because I want him to get used to doing it, not just for the candy, but also, you know, because we want him to stay on task.

We want him to have his stuff together. We want him to remember to have everything when we transition and excuse me. So because of that, um, you know, it wasn't, I didn't want it to be just about him being rewarded. I definitely wanted to be about his behavior. So we've been doing this for a while.

So he was actually really used to it. Um, the checklist that I have here is what I've been using for myself. And I kind of keep that in his records. So that for me is, um, you know, because he could be on task in one area and not be on task in another. So he can be on task by having all of his materials, but he may need some redirection because he might, you know, get off task or he might get distracted, or it just might be one of those days where he's just having a really rough day. So for me, it's a little bit more, it was a lot more detailed.

So what he doesn't need any materials to do already. So that is not, an automatically automatic, no check for him. Then we're not, we're, you know, I'm not checking off if he has his materials if we're doing something that doesn't require materials basically is what I'm trying to say. So if I'm doing something that, you know, requires him to be in a small group setting, then obviously the behaviors that I'm looking for are different, and that changes, um, what I'm monitoring on his, on-task behavior.

So that's why my sheet has a lot of different behaviors under certain subjects because there are many different things we can do, which is why certain days have two dates by them, or some days only have one. Um, because it just depends on what we're doing. So for me, it's a little bit more detailed, and as I said, four out five checks for him.

He even helps me like fill out my, he likes to try to help fill out my OnTask behavior chart too. Cause they'll be like, oh, I've been, I had all my stuff today and I did this today. So he's gotten used to that. And then that's sort of carried over to his home life as well. Um, with talking to his parents, they say that he likes to point out when he has been on task. So he's gotten used to it.

So, you know, just being repetitive and modeling what that looks like for him and having something that he can, you know, actually see something, see he can physically see and keep track of. I think that helps him as well because he's only in second grade, so they always have their days, but for the most part, he's gotten used to it and he does a really good job at just following it. So, and I mean, we're close to the end of the year now.

We have done that before, but we'll keep social-emotional for him. We'll just move on to something else. So one task for 15 minutes is the goal right now we wanna get him to he's on task for like an entire class session or something like that. And also maybe transitions that might be a good one for him for next time to add working on transitions because that's another area that we have been working on as well. So that's about it for the most part.

I think what we've been doing is routine for him because, for a lot of ASD students, anything that's routine is good. So what we've been doing is routine he's gotten used to it. It seems to, for the most part, be working, he enjoys it. He likes getting rewarded for it, but he also likes just, you know, like just the verbal praise of being on task and doing his, you know, doing a good job. And I think that's it. 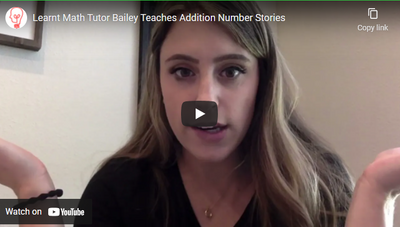 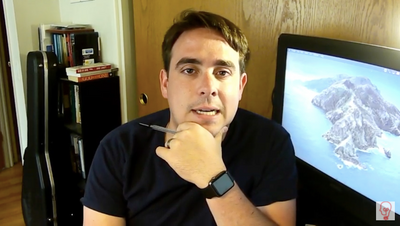