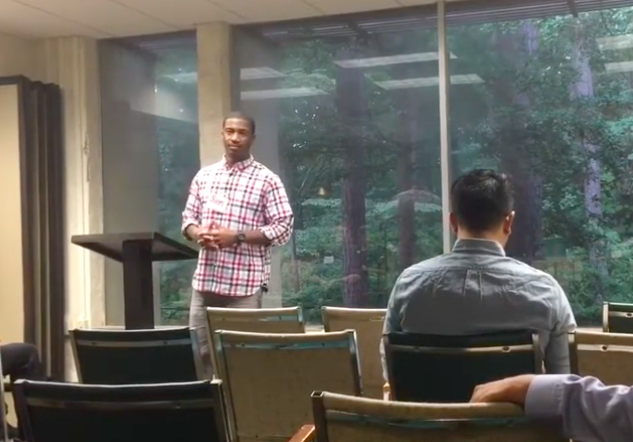 Good evening.  It was 1988 and an emerging brand and an advertising agency decided to come up with the slogan . Little, did they know that this slogan would actually not only impact sports, but it would also create an impact for generations to come. This company was Nike and as you all know, they are famous, not only for the Nike symbol, the swoosh symbol, but also the slogan just do so. That's why I decided to also put on a pair of Nikes today while I'm speaking. But not only that, this was really important because it is about a mindset with whatever your goals are in life. You have to make a decision and decide to just do it.

I've recently come to this point and what it brings to my mind are three things, believing, planning, and executing. The first thing to believe you have to know that means knowing internally within the mind, but also within the heart and the spirit. And then when you plan, you make a decision. So as I plan what I decide to do, I have actually taking a step towards the action. And then it actually comes to the doing part to execute. As I execute, I take action, and it's not necessarily an easy thing to do, but when you take action, at least you're making steps forward in the right direction.

So in order to make the first step, which is believing if I believe something that means I know it to be true, what I know to be true, no one else may see it on the outside, but I see it on the inside first. So as I see my belief, I have already created my belief. Once I create what I believe, then I have to figure out the what and the why. What is it exactly that I believe we all have dreams sometimes that we might not clearly understand that we may know in our head. We know what the dream is, but we actually can't form it physically. So when we decide what it actually is, then we go to, why are we doing this? What is, what is my reason for this? Why am I making this decision? Why am I making this choice? These are all really important things before you make any decision in life, whatever it may be.

This brings to my mind, me moving to Atlanta, I lived in Nashville for about 30 years of my life. I'm almost 32 now. So I had to actually believe that me living in another place was a reality before I did it. And for a long time, I couldn't see it, but I believed it, but I couldn't actually see myself leaving.

So once I actually knew what I wanted, I knew why I wanted to leave. Then I could go to the next step, which is actually making a plan. So when you are planning what you have already believed, you're planning it and you're making concrete steps to take the action. So with the plan, I have to know exactly what I'm doing and the steps to get there. I'm not necessarily doing anything yet, but I am actually thinking I'm writing and I'm speaking things out. So once I write something down, I write what I believe in my head. I write what I believe in my heart. I write what I believe in my spirit. Once I write it down, I think about it. Also, you can do those simultaneously. Actually you can write and you can think about it at the same time. Those are actually good things to do.

Once those two things are accomplished, then it's good to speak. Even speaking to yourself. The funny thing about me is actually talk to myself a lot. I used to laugh at people when they say they talk to themselves, but now I do it all the time.  so I'll wake up. And I, the first thing I'll do is I'll go to my mirror. And in my mirror, I will look directly at myself and I will speak things into existence. I do this all the time, whatever it is, whether it's a small term goal or a long term goal or a large goal, it can be either one. But I believe in speaking things into existence, after you have believed and you have planned, now it's time to actually take action. This is a difficult part. Even for me. Now I will admit it's taken me a long time to get to the point where I can actually move and do things and take action. But taking action is not a difficult thing because it's not about taking large steps, but taking small, progressive steps, these small, progressive steps, every single day will actually make a long term achievement worthwhile.

So not only do you have to believe, you have to plan and you have to execute with those things being said, it's not about the mistakes that you make that determines your failure. It's about not trying. So once I understood that my mistakes don't determine my failure not trying does. Then I actually make those small steps every single day to make my dreams become a reality. So I leave you today with this statement. Nike said it best just do it. I feel it on the inside because I believe it. And I know it. So then I'm able to show it on the outside. Thank you. 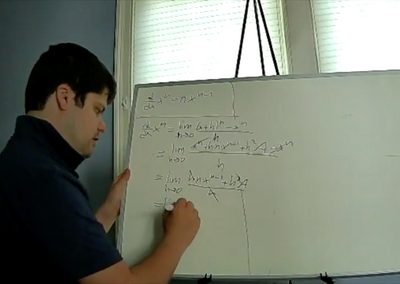